Neanderthal and early modern human interactions in the central Balkans

NEEMO is a 3-year research project led by Professor Dušan Mihailović funded by the Science Fund of the Republic of Serbia, as a part of the Ideas program. Experts from the Faculty of Philosophy (UBFZF) and the Faculty of Mining and Geology (UBFMG) of the University of Belgrade, as well as internationally renowned specialists from the country and abroad participate in the project.

The project is founded on the success of recent Paleolithic research in the Central Balkans, including the discovery of the first Neanderthal remains in the region and the oldest human fossil in Eastern Europe. Our findings have enabled the examination of interactions between Neanderthals and modern humans over the entire period in which the two populations could have coexisted (300-40 ka BP).

Using a unique opportunity to examine the problem of interactions between Neanderthals and modern humans and their ancestors throughout their presence in Europe, using the most modern methods, NEEMO seeks to answer one of the key questions in the early prehistory of Europe: how much could contact with Neanderthals have shaped the behavior of modern humans, and how much did the appearance of modern humans influence the extinction of the Neanderthals? 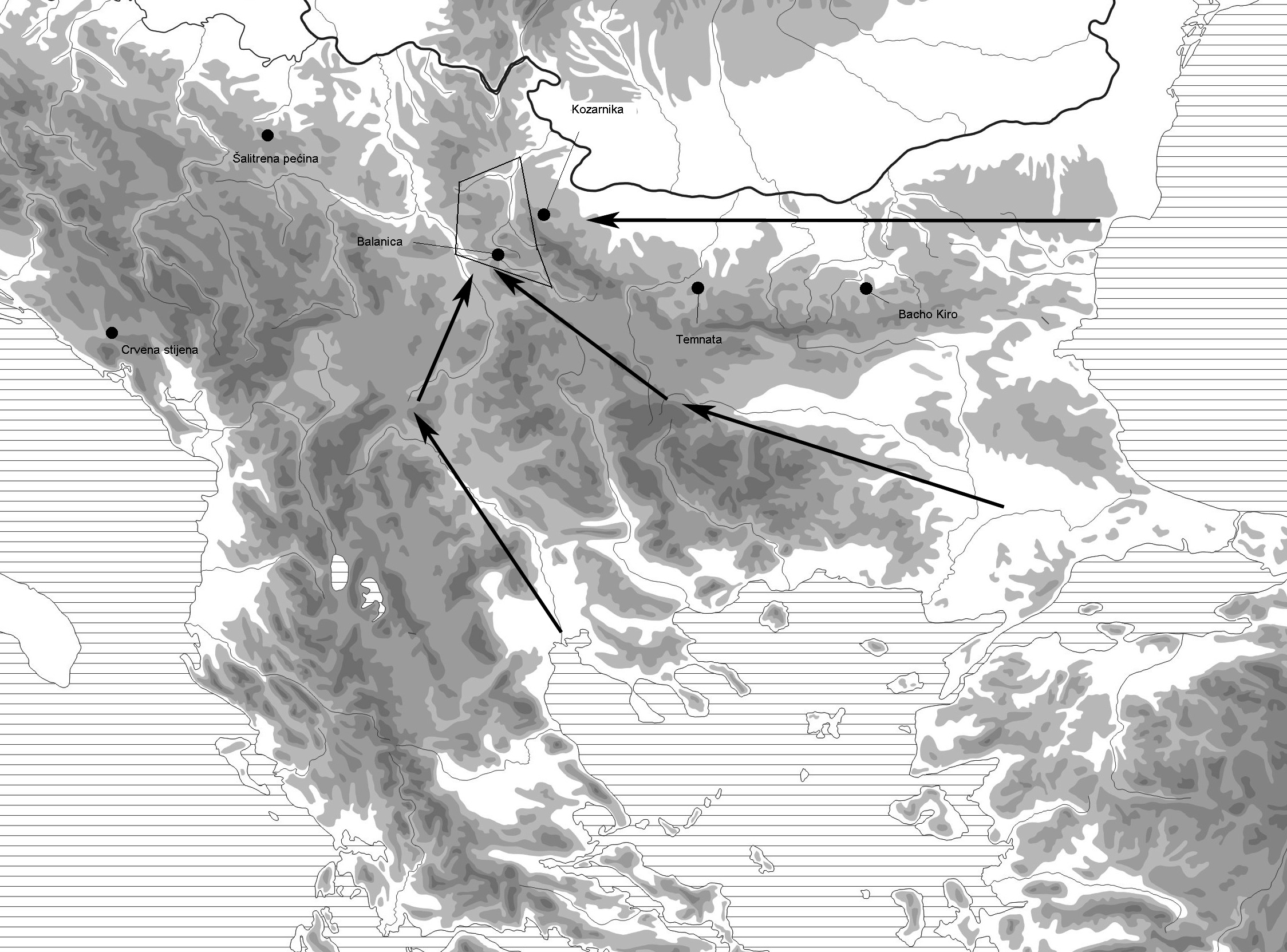 A kick-off meeting of members of the project “Neanderthal and Early Modern Human Interactions in the Central Balkans” (NEEMO) was held through the Zoom platform on February 7, 2022. 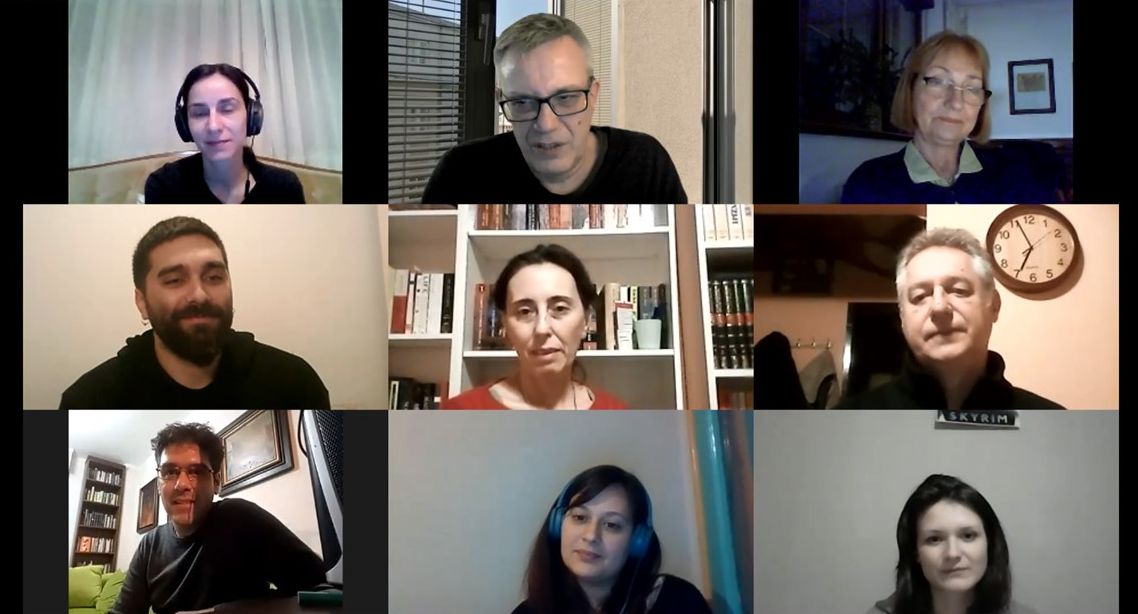 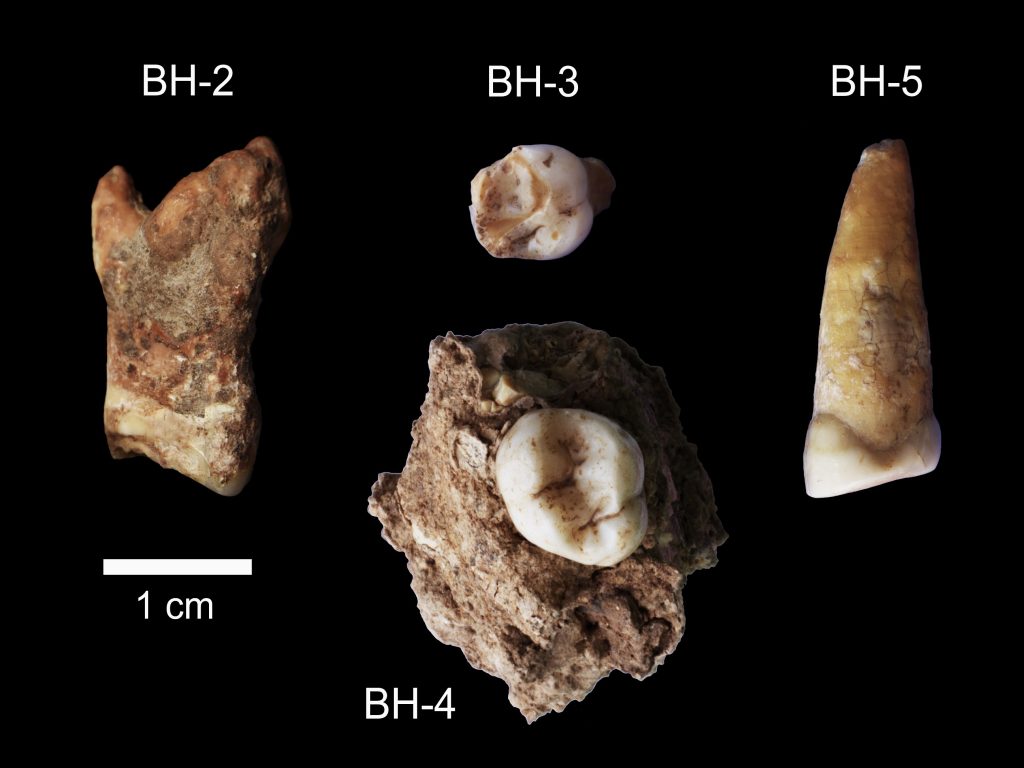 The discovery of the oldest neanderthal fossils in Serbia

Four Neanderthal teeth belonging to at least two individuals (one adult and one child) have been uncovered in Velika Balanica Cave in Sićevo George near Niš. The teeth have been dated to approximately 300 thousand years old, making them the oldest Neanderthal (Homo neanderthalensis) fossils in Eastern Europe and the second oldest human fossils in Serbia, after a half-million-year-old human mandible found at Mala Balanica Cave in 2006. The results of dating and findings from these two caves are now published in detail in the Journal of Human Evolution.

Numerous stone artifacts, remains of Neanderthals and Pleistocene fauna dating from the period 300–240 thousand years ago were found in the caves Velika and Mala Balanica in Sićevo George near Niš. Archaeological finds from the two caves confirmed that the cultural ties between the Balkans and the Middle East existed more than 240,000 years ago, at a time when people began to use fire regularly and make standardized tools for processing leather and fur. The results of dating and findings from these two caves are now published in detail in the Journal of Human Evolution.